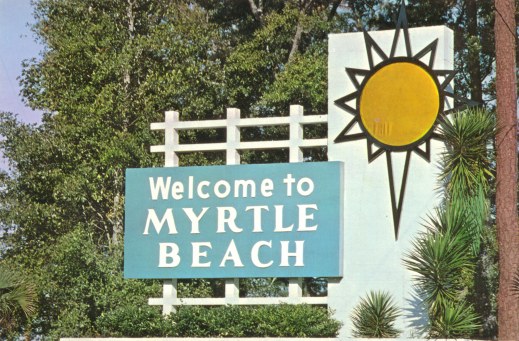 Once upon a time, in the Summer of 1981, I was fifteen years old. It was that summer that I learned a very valuable lesson from my dad...

(I know, you're wondering what could this possibly have to do with Facebook when the founders of Facebook weren't even born in 1981...and the internet, as we know it, didn't even exist. Hang in there with me, I promise it'll all make sense.)

That particular summer, I had just finished my first year of high school (which was 10th grade, back then), and I had certainly had my share of first love heartache. I was glad to get away from home for awhile and spend some time at Myrtle Beach. My dad and stepmom chose to stay at a nice campground on this particular trip, and it had its own video game pavilion and other fun things to do around the campground.

Shortly after we arrived, I met this boy (isn't that the way teenage summer romances go?), and he seemed very sweet and funny and smart. Did I mention cute? Ah, yes, he was very cute. Most importantly, he seemed to like me a lot. Now, for a girl still trying to mend a broken heart, it's quite flattering and healing to have another guy pay you some attention and want to get to know you better.

The boy and I spent some time at the beach together during the day and, as evening came around, he asked me to meet him at a place near our camper and promised he'd show me the video game pavilion. He told me that his family had camped there since he was little, and he knew everything about the place and where everything was. He wanted to show me around. Again, I was flattered. 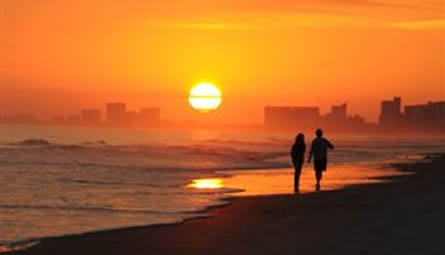 Once we met up that night, we began talking and walking around. It was pretty dark and, after we'd been walking a bit, I mentioned that I felt sure we should've gotten to the pavilion some time ago. He assured me we were almost there. Just about the time we had taken two more steps, bright headlights from a car threw a spotlight on us. You can imagine my surprise when the car came to a sudden halt, the car door opened, and I heard my dad's deep voice say, "Kim, get in the car."

Now, when my dad told you do something, you didn't ask questions. Aside from the fact he was my dad, he was also a police officer. I knew from his tone he wasn't happy. I was embarrassed in front of my new crush, of course, but I knew not to question my dad. I turned to the boy and said, "Sorry, I gotta go," and quickly walked over to the car and got in.

Once I was in the car, my dad drove back to the camper. He asked me who the boy was and where I was going. I told him we were going to the pavilion, that we were almost there when he stopped us. My dad grunted a tense, aggravated sound (something he does when he's unhappy). I told him I didn't think I was doing anything wrong. He told me that I wasn't, but the boy was. I didn't understand. I'll never forget the look on my dad's face or his next words, "Kim, I've been looking for you. You two weren't anywhere near the pavilion. I don't know where he was taking you, but it sure as hell wasn't the pavilion."

Now, I don't want to make some sixteen-year-old boy seem sinister. Maybe all he wanted to do was steal a kiss? I'll never know. I wouldn't want to know,...and I never saw the boy again. Lucky for the boy, my dad never saw him again either. Lucky for me, I gained some insight that night, and I learned not to be so naive. The next day, some friends of mine showed up and asked my dad if I could go with them for awhile. A bunch of them were staying at a hotel not far from the campground. We headed back to their hotel to hang out on the beach and swim. I had a great time hanging out with my friends! You know, with people I actually knew and could trust.

It dumbfounds me that people think it isn't a big deal to open up their life to a perfect stranger. I am amazed at the number of people who get on the internet and don't educate themselves on how to use it safely. Facebook has tutorials, folks! It tells you all about your privacy settings and how to limit or block certain information.

You wouldn't walk in a dangerous part of town, all alone, in the middle of the night, unguarded and unprotected,...but you'll play on the internet uneducated?! That kind of ignorance reminds me of myself in the Summer of 1981...


(P.S. Thank you, Daddy, for watching out for me!)
Posted by bornbibliophile at 6:59 PM