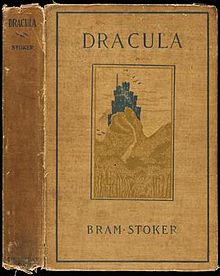 Have you read Bram Stoker's Dracula? No, not watched the movie or television series that claims it is based on Bram Stoker's version. I mean, have you actually read the novel from 1897? If you haven't, it's time you do,...especially if you consider yourself a vampire fan or a fan of popular vampire stories.

Here are just a few of the things I discovered when I decided to read the original version:

Count Dracula doesn't love. Well, except himself, I suppose. There is no love, or romance, between Dracula and anyone else. He takes everyone by force or by trance, none of them give themselves willingly - least of all Mina. He is an egotistical warlord who has lived so long he has been able to outsmart and outmaneuver mankind for centuries. The characters reveal his history as Vlad the Impaler and come to understand him through analyzing how he has evaded being discovered all this time. The analysis is fascinating. But, love and romance? Nope. There's none of that.

There are no sexy seduction scenes or women who can't resist Dracula for his sexual prowess and attraction. In fact, he isn't attractive, he's horrid. Not one character describes him as attractive and, yes, there are physical descriptions of him. He's also evil incarnate. And the scenes where he takes the blood from unwilling women (Mina, in particular) is forcible and brutal. There is nothing sexy about it.

A Heroine I Admire

Mina is a very savvy, highly intelligent woman who helps the heroes find their way to Dracula, more than once, and who is very perspicacious. Van Helsing, Harker, and the rest of the men respect her opinion and credit her with helping them hunt down Dracula. When the men seem to reach a dead end (no pun intended) in the chase, it's Mina who puts herself, and her soul, on the line to try and help them rid the world of Count Dracula. I'd also like to mention that Mina is married to Jonathan Harker in the novel, not his girlfriend or fiancée (as portrayed in the movies to make it seem like she is virginal and desires a sexual encounter with Dracula). She loves and adores her husband very much. It is out of hatred Dracula comes to forcibly drink her blood and take her from her husband. It is a horrible scene.

The original novel is told in a journal/letter format. You hear the unfolding story from each character, except Dracula. He has no voice in this, which I found quite interesting. You only hear what he says and does from the other characters. You see, he doesn't deserve a voice, he is evil. Think about that.

I believe I could write an entire book on the ridiculous point our society has reached about 'paranormal romance' novels versus Stoker's original novel and its intent. I am amazed that what started out as an incredible novel in 1897 that portrays women as intelligent and intuitive (let me point this out again - in 1897!), and portrays men as intelligent beings of science and faith who are fighting for good, has become the second-hand drivel we see in bookstores and movies today. And the vampire? The vampire who was once a monster of evil and destruction and violence against women...has become something young girls fantasize about as being a love interest.

It's all a bloody lie. 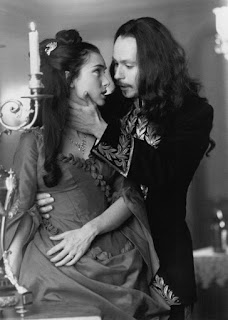 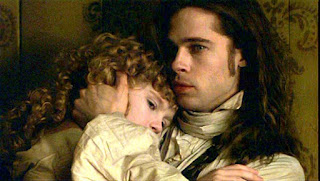 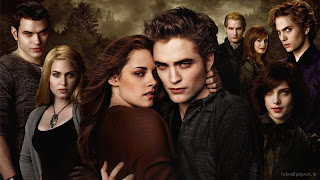 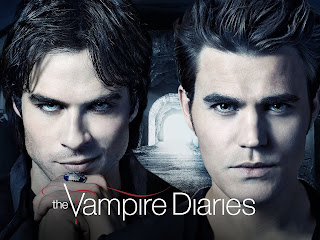 If you don't believe me, just read Bram Stoker's Dracula... 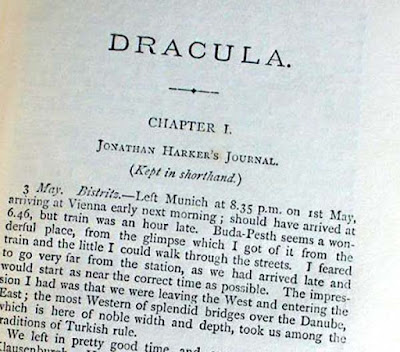 Posted by bornbibliophile at 6:58 PM No comments: