We interrupt our regularly scheduled program...

I don't like it when a blogger just stops blogging completely. You know, you stumble across a blog you like, but then you notice the last post was dated one year ago,...and the blogger hasn't been heard from since. Gee, the person could have, at least, said goodbye.

Now, I'm not really saying goodbye, it's more like I'm saying "see you later." You see, I've set some big, new goals for myself, and it's going to take a great deal of time and energy on my part to accomplish them.  Some things happened to me this summer that made me rethink my life and where I want it to go. I have a lot of work to do, and...I'll just leave it at that.

Where does that leave my blog?

Well, let's say it's on hold for now. I don't know when I'll be back, but I'm thinking I could probably blog a bit during the holidays (Thanksgiving and Christmas) when things slow down a little. I don't want to shut down my blog, as there are people still using old posts for book recommendations. Believe it or not, I have over 17, 000 hits on my blog and, while I don't know who they are, my statistics do show which posts are most popular with my readers. I know people don't often comment on my posts, but I understand that because I very seldom leave comments on other people's blogs. I just enjoy reading them. 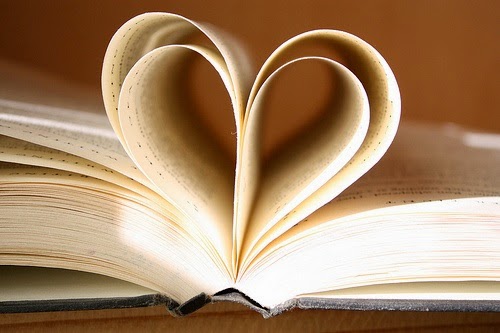 For those of you who know me personally, you know how to reach me outside of this blog. For those of you who don't, I hope you've enjoyed what you've read up to this point,  and I hope you keep looking for and reading great books! This isn't goodbye, it's just a long pause. I hope you'll look for me again around the holidays. I promise I'll have more book recommendations for you and, perhaps, I'll share what I've been up to during the pause.

Please don't leave a comment for me, as I won't see it after I've posted this. I'm signing out and signing off for now. Please know, though, that I really do appreciate all my readers, and I hope you'll look me up again in a few months.

Happy reading!
Posted by bornbibliophile at 1:34 PM No comments:

Have you ever read a book that you had mixed feelings about when you read it but, when you finished it, you just couldn't get it out of your mind? In other words, it's the kind of novel you learned to appreciate even more after you've had time to process all the different questions about life the novel brings to the table. Kate Atkinson's novel Life After Life is one of these and her book asks many questions about life, family, and history. 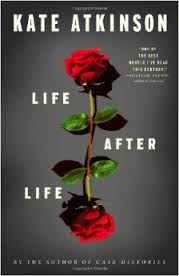 I chose to read this book because it was recommended by an author I respect. It was one of his top choices. I thought there must be something really great about it and, after reading the premise of the book, I found that it interested me. I think the quote in the front of the book intrigued me the most:
What if some day or night a demon were to steal after you into your loneliest
loneliness and say to you: "This life as you now live it and have lived it, you
will have to live once more and innumerable times more"...  Would you not
throw yourself down and gnash your teeth and curse the demon who spoke
thus? Or have you once experienced a tremendous moment when you would
have answered him: "You are a god and never have I heard anything more
divine." ~ Nietzsche
﻿
The novel is about Ursula Todd and how she repeats her life over and over, always hoping to get it right. While she isn't actually aware this is what she's doing, she does get 'feelings' or 'notions' about things. It is often labeled deja vu by those around her, while others think she may have 'the second sight' when, in fact, she's repeating her life over and tends to try to avoid the mistakes that ended her life (or someone else's) in her past life. She is always Ursula, always born to the same family, always on a snowy day in February 1910.
Much of the book surrounds World War II, but from different view points because she makes different choice and, therefore, takes a different path in each life. While some of her struggles haunt me, as the book clearly shows how one thing can change a person's life forever, it is the scenes during World War II that left the greatest impression on me. The writing about the war is superb and the descriptions are very vivid and realistic.
I also need to mention there is a good bit of humor in this book. Ursula has a family and the book often showcases the family dynamic. It's the kind of family where you recognize members of your own family sitting around the Todd family table. There are plenty of witty and sarcastic scenes between characters, as well as some truly endearing moments. While I find the notion of reincarnation unbelievable (but enjoyable),...I found that I wholeheartedly believed in the characters. 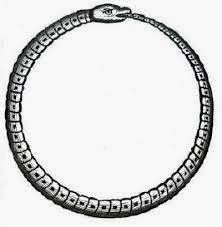 I'm not sure this book is for everyone. I noticed the ratings for it are 3.5 to 3.7 on some major book review sites, even though it's a national bestseller and an award winner. So, I'll say this,...if you're a person who needs a complete story with a beginning, middle, and end, then this novel isn't for you. If you need everything wrapped up in a neat, little bow at the end of every book, you should skip this one. If, however, you're willing to try something a little different (and you should always be willing to try) and would like a story that leaves some things open for interpretation, give this one a chance. It IS a good story, it's just many stories about one life that never really ends.
After I was done with the novel, I found it wasn't done with me. I didn't intend to mull it over for as long as I have. In fact, I felt a little odd about it after I finished it. I knew the writing was good, I knew it had touched me, but I wasn't sure how I really felt about it until later when...someone would say something, or I would see something, and I found myself thinking about parts in the story. I still do.
I also wonder about what I would have done differently in my own life,...and what that says about me,...and what ripple effect it would have on other people's lives if I could go back and change just one moment. Would things turn out better? Would things turn out worse?
One of the characters in the book asks, "What if we had a chance to do it again and again, until we finally did get it right? Wouldn't that be wonderful?"
I don't know. Would it?﻿
﻿
Posted by bornbibliophile at 1:50 PM No comments:

I just finished reading another Kate Morton novel. It feels like it took me forever! Actually, it did take me quite awhile, but...I haven't read as much this summer as I usually do because I've been traveling and working on writing my own book. The fact that it took me longer than usual is no reflection on the author or the novel.

First let me say, I really like Morton's books. They are intricately entwined with multiple back stories, and she always ties up all the loose ends so nicely. I have a very busy mind, and her books insist that I stay focused on trying to figure out the mystery of the story. She keeps my mind from wandering when I read, which is one of the highest compliments I can give a writer.  I will be the first to say, though, her books are difficult to truly enjoy unless you read one consistently. I read two other books while reading this one, and I put it down for two weeks while I was gone on vacation. You have to pay attention in Morton's books, or you lose the thread that makes them so delicious. I had a few false starts before I really allowed myself to get in to the story. That isn't the authors fault, though, it's my own. 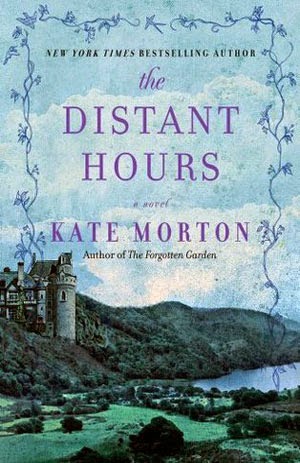 The Distant Hours is a good, solid story with more than one mystery to be solved. I loved the way it began with a child's scary story, which leads the reader into wanting to know the story behind the tale. In fact, I looked up the tale before I even went on with the novel. I thought it must be a real children's tale I'd never heard! I wanted to know more about it. Everything I searched, though, only turned up references to Morton's book. Of course, I couldn't find out more about it, only she could tell its story. She certainly got my attention. Such a clever woman!

Once I began getting in to the main story, I was - at first - a bit disappointed that the conflict of the story was set in motion by a letter which arrives...fifty years late. I thought it a bit...cliché. What I didn't know was Morton had a different spin on the 'letter from the past' showing up. Typically, when such letters show up in a novel or a movie, it's from an old lover. This is not the case in Morton's story.

As for the setting of the story, it is set in various parts of England and begins before World War I and goes up to the 1990s. The story revolves primarily around a castle, three sisters, and a lifetime of secrets. The father of the three sisters wrote the children's tale and, while he is not a main character in the story, his actions in the past leave a lasting impression on his daughters. The main character in the story, Edie, shows up at the castle to try to figure out the mystery behind the children's tale. Why she is the one who shows up to solve it...is a part of the mystery itself.

Finishing this last Morton novel means I have now read all of her published books to date. This is the last one for me to review. I enjoyed them all, except The House at Riverton. It wasn't a bad novel, just a long, rather tedious one. If you want to read why it is my least favorite Morton novel, you can read my post from November 29th, 2013, entitled "A Reluctant Review,"...which is exactly what it was. 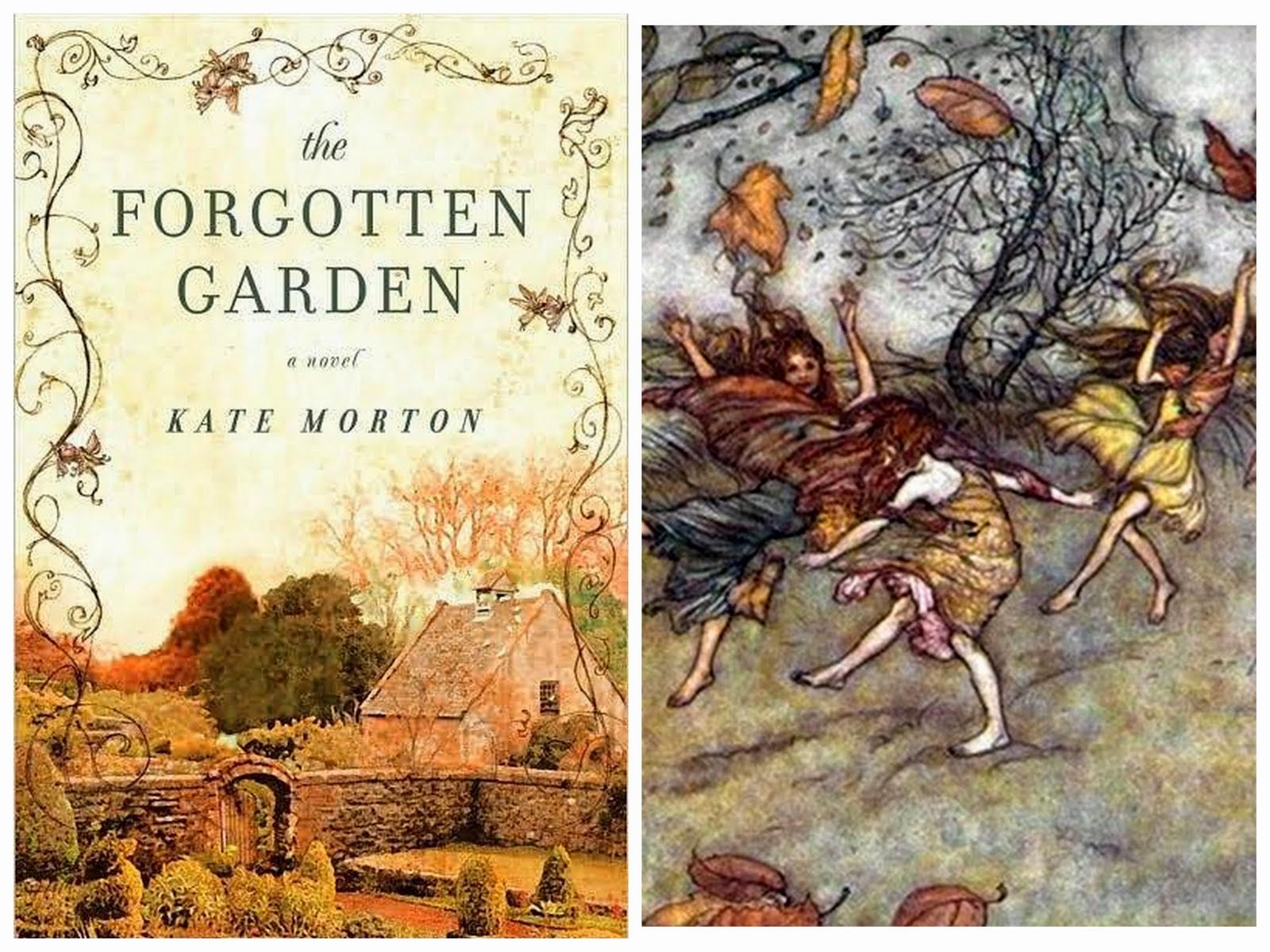 My favorite Morton novel is still The Forgotten Garden. It is near and dear to my heart. I read so many books that I sometimes forget which is which, but this is not so with The Forgotten Garden. The story and its characters have found a permanent place in my reading soul, much like Jane Eyre. Some stories you never forget no matter how many books you read.

Posted by bornbibliophile at 8:46 PM No comments: