A Tale of Three Men 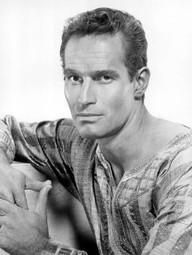 I was never one of those girls who had tons of teen magazine posters up on my walls when I was growing up. In fact, I don't recall even having one. I do remember a brief period where I loved looking at John Travolta's picture on the front of my "Grease" album, but...that's about it.

You see, I've always been loyal to the only three "Hollywood" men I've ever loved. Oh, handsome faces come and go, boy bands rise and fall, stars shine bright and then fade, but my guys? Oh, my guys are everything I like in a guy... 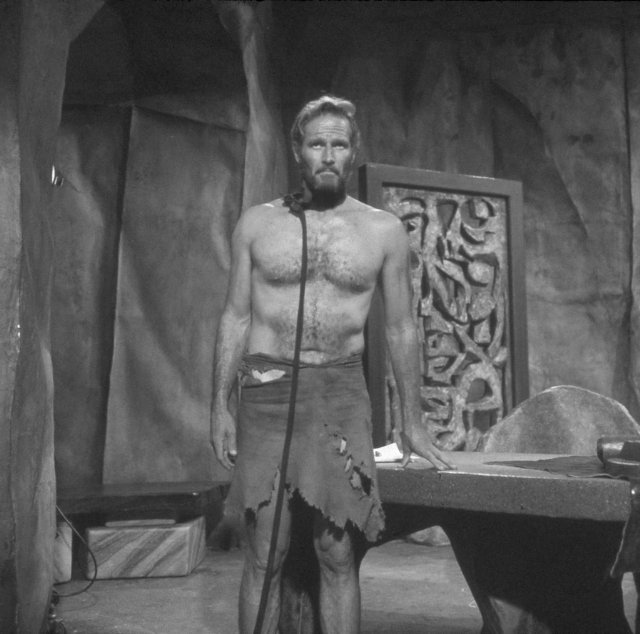 First, there is Charlton Heston. (Sigh.) He is my first love and, truth be told, I am most loyal to him. I have loved him since I saw him in the original "Planet of the Apes" movie. Now, considering that movie was released when I was only three, I assume I was a little older the first time I ever saw it on television - maybe five? My brothers are seven and nine years older than me, so I had a tendency to watch whatever they were watching. They were both "Planet of the Apes" fans, so I remember watching it many times as I was growing up. Heston's character represented what an intelligent, brave hero should be. I loved his voice - strong, confident, and in command. He wasn't a "pretty boy," he was rugged and manly. (I won't even talk about how great he looked as the young Moses...)

Next, there is Christian Slater. While I thought he was cute in "The Legend of Billy Jean," it wasn't until I saw him in the dark comedy "Heathers" movie that I fell in love. A couple of years later, my love deepened with the movie "Pump Up the Volume." Christian's characters came to represent the wit and charm and sarcasm I find quite attractive in men. His facial expressions and his smirk, mixed with his boyish face, just made him all the more adorable to me. If I'm ever having a bad day, I just put in a Christian Slater movie and all is right with the world again. He makes me laugh,...and I love when a man makes me laugh.

Last, but certainly not least, there is Ethan Hawke. I met Ethan in the movie "White Fang," but didn't fall for him until "Reality Bites" and I fell hook, line, and sinker. His character, Troy, in that movie was that slightly tortured, sensitive soul that every girl hopes is hidden somewhere deep inside of every man. While seeming like a lost little boy, Troy struggled to find a deeper meaning to life and all the crap we go through. He screwed up a lot (don't we all?), but...he was always himself - good or bad - with no apologies. Somehow, I liked that about him and admired it. I have continued to love Ethan through all his various roles, and I have a particular fondness for him as Finnegan in "Great Expectations" and Jesse in "Before Sunrise" and "Before Sunset" movies. 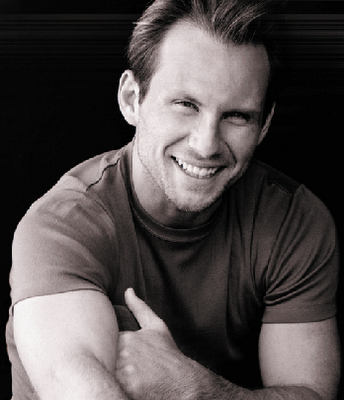 Now, I am aware that I am a grown woman with a "love" for three men that may seem silly to most. After all, they're actors - it's their characters I love, right? Well, yes and no. I enjoy them as actors and admire their talent, love their characters, and...I understand what they represent to me. These men, and the roles they have played, highlight what I love most in a man: an intelligent mind, a brave heart, a sharp wit, charming words, a sarcastic tongue, brutal honestly, and a sensitive soul. It's a good thing all those wonderful things are spread out over three men, it would be a deadly combination if they were all rolled into one! ;)

As for age differences, well,...Charlton has always been way too old for me and, sadly, he has now passed away. I still adore him, though. He is still number one in my book. Christian and Ethan are closer to my age - just a few years younger - and I continue to enjoy seeing what they're accomplishing in their lives and careers.

Now, if you're wondering what prompted me to tell you all of this, you won't have to wonder for very long. My next post will make things a little more clear.