Things You Learn About Yourself 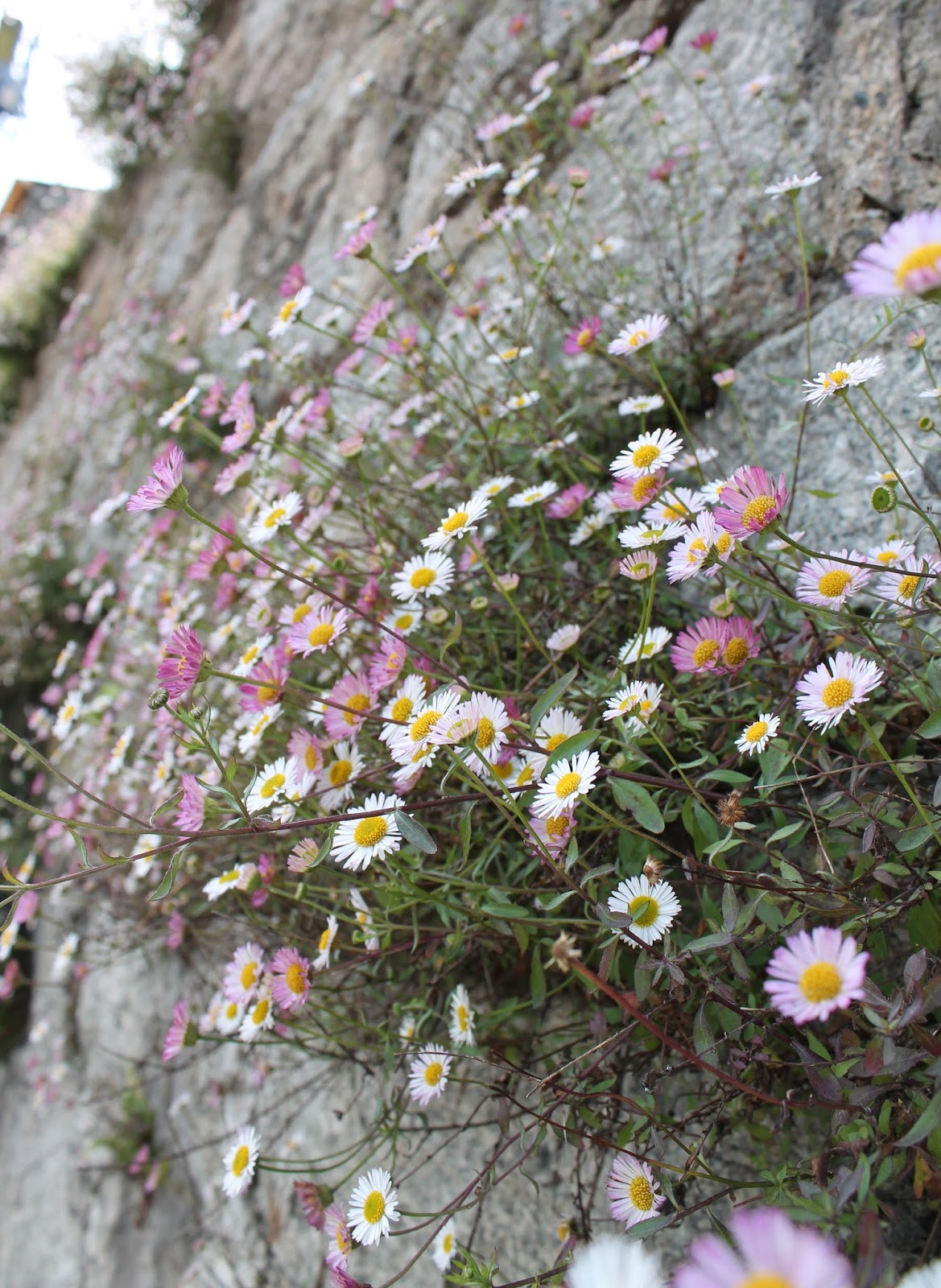 While I was in England, I took around 4,000 photos. No, I'm not kidding. Since my return home, I try to spend a little time each day going through the photos. It isn't a task, really, because I enjoy looking at them and reliving the moments of my trip. I'm learning things about myself as I go through them. Odd things. Interesting things.

One thing I've learned is I am strangely attracted to taking photographs of flowers growing where they shouldn't. I mean, I take the normal nature photographs in gardens and parks, but I seem to always find some obscure flower poking out of a crack in concrete or a small crevice in a rock. I can't tell you how many pictures I took of flowers growing out of street walls in England. Not exactly a big tourist attraction, if you know what I mean.

I am aware I am doing it, of course, I just didn't ask myself why until...someone else did. It was a fisherman in Newlyn - a true, blue, dressed-in-work-clothes-and-big-yellow-rubber-boots fisherman sitting on a bench by the side of the road. He didn't ask me why I was taking pictures of a wall. He couldn't. I was too busy taking photos. It was my friend, who was patiently waiting for me, he asked, "Does your friend like the wall?" She explained that I like the wall and the flowers. The man seemed puzzled, "Hasn't she seen a wall and flowers before?"My friend smiled and tried to give him a brief explanation. She told me about this little conversation after she'd gotten directions from the helpful fisherman, and we were continuing our walk to the next town.

I laughed when she told me and wondered how many good English people had wondered about the strange American woman taking pictures of odd things, laying on the ground to get a good shot of something, or speaking to her friends in "y'all"s and "ma'am"s. It wasn't until I'd been home awhile, and going through my photos, that I heard the fisherman's questions in my head again. 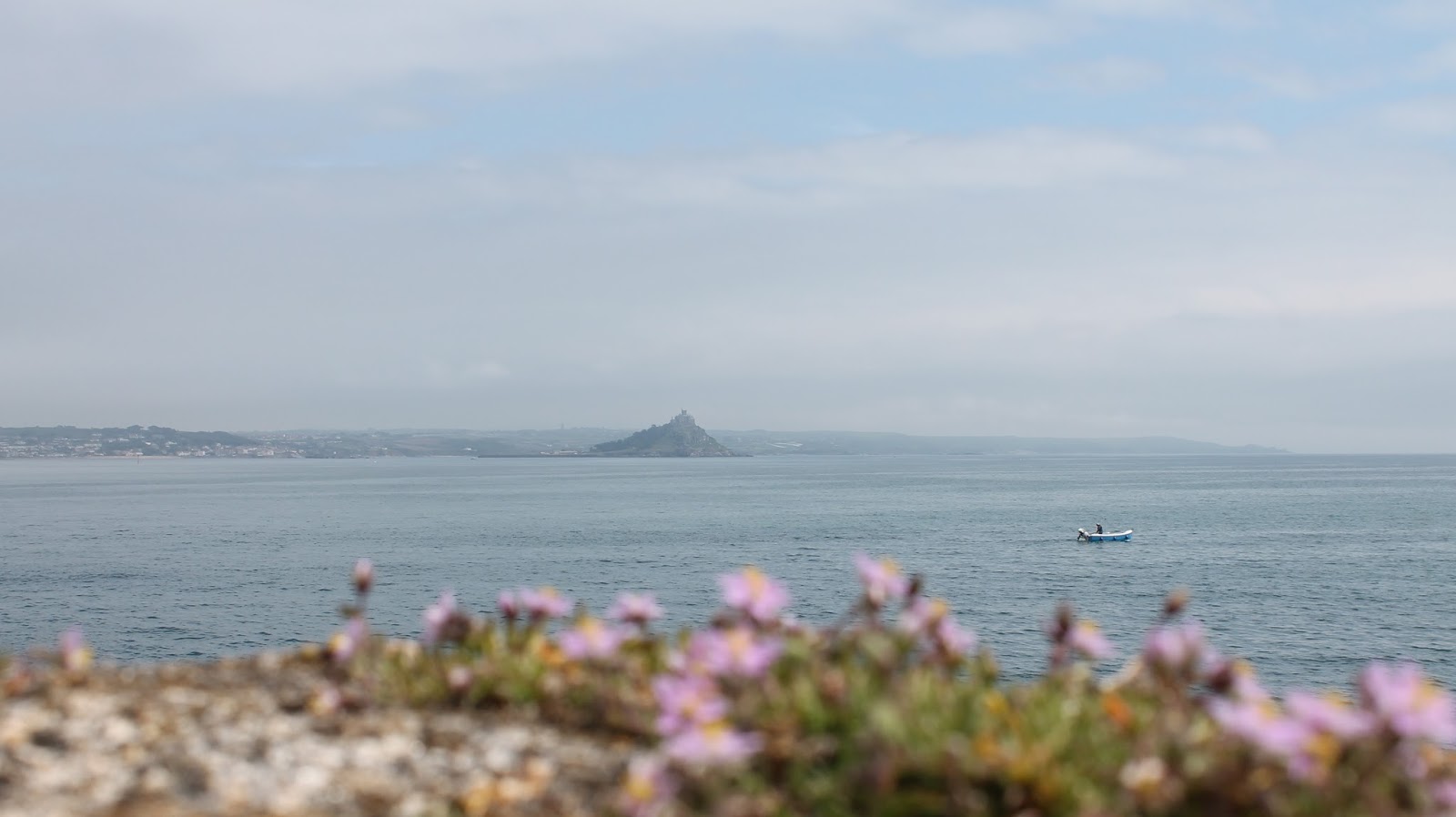 I began skimming through all my photos from the two weeks. In almost every set of outside photos, there they were - flowers growing in unlikely places! I'll be the first to say they weren't all good photos, but...I still liked them. In some cases, I had taken the "pretty" shot - including the flowers as background/foreground - before taking one of just the little flowers, focusing on them instead of the bigger picture. Just for me. 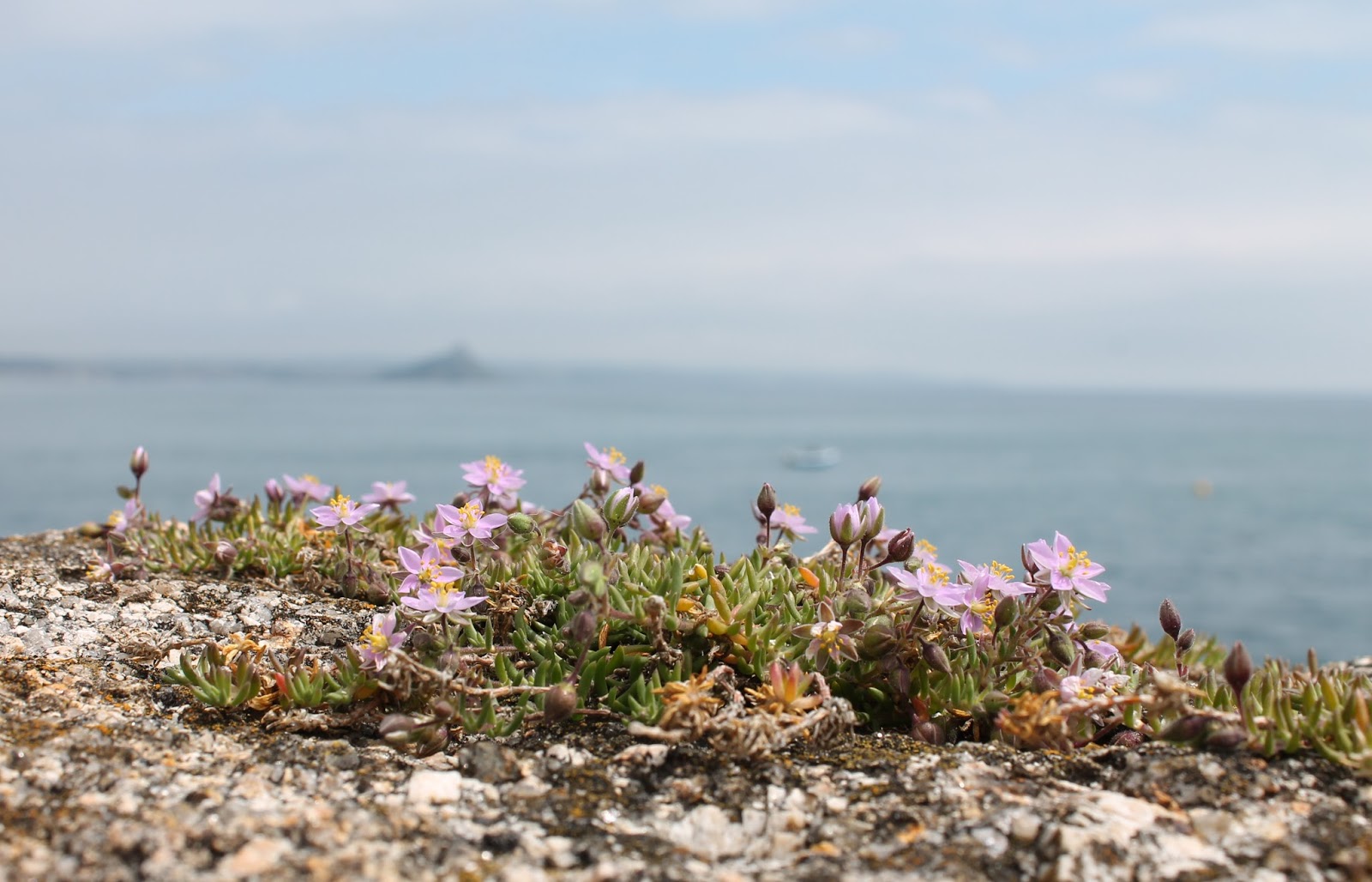 I decided to look at other trips I've taken in the past and found that I had the same type of pictures mixed in with those, as well. They weren't  photos I took because I planned to frame them or show them to other people, I took them for my own pleasure. As I said, I liked them. 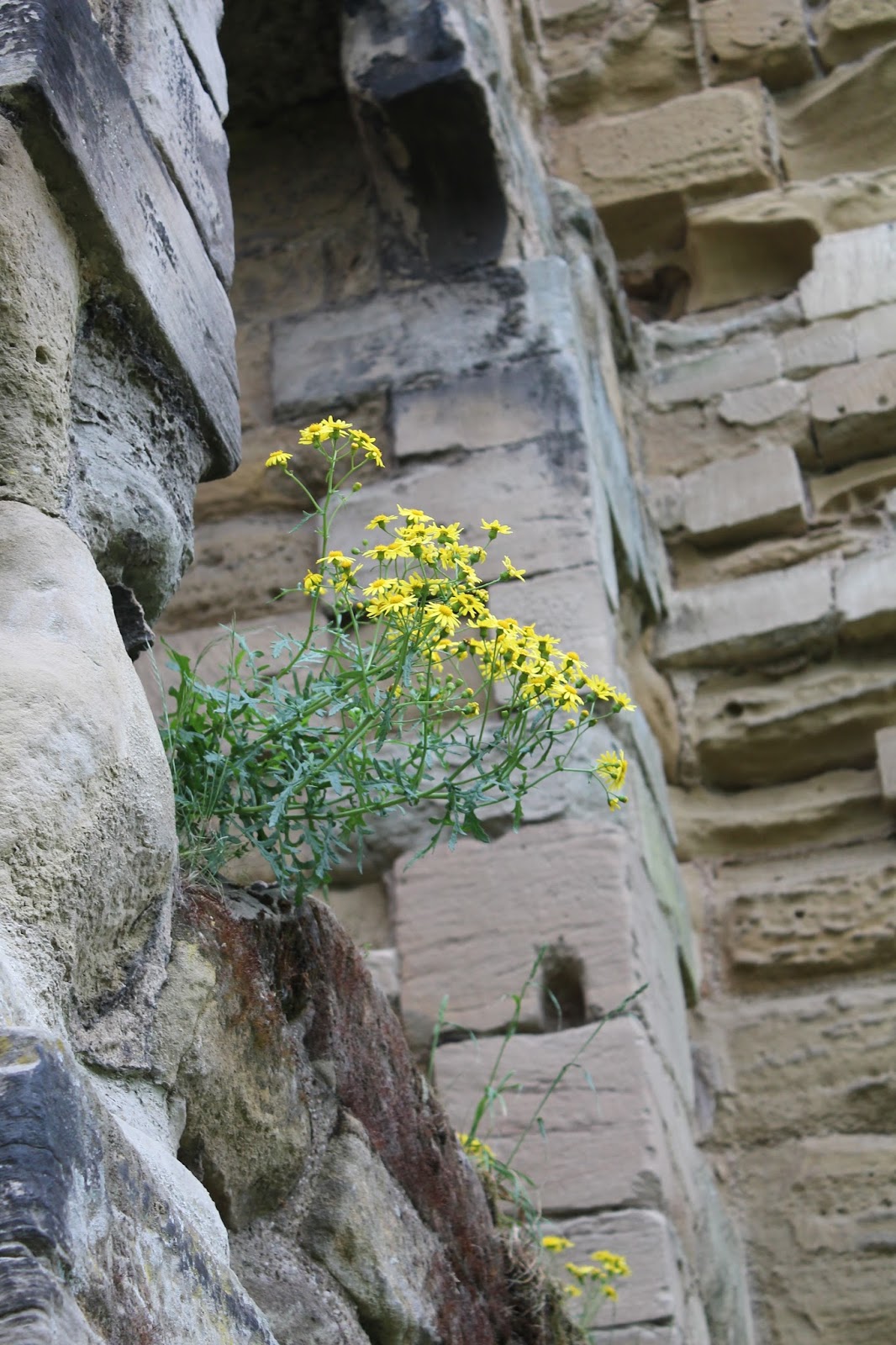 The answer came to me as I looked at picture after picture and began putting them all together in a group: I admire the little flowers. I truly admire them - not for their beauty (although I do find them beautiful), but for their strength and their endurance. They have not been cared for and cultivated in a garden. No one made sure they had the right amount of sunshine and water and fertilizer. Everything you see was brought forth by effort and stamina.

After all these lovelies have been through - bad weather, heat, cold, and very little room for growth - they keep coming back every year. They lay dormant for a season (a rather long, cold season in England), but some part of them hangs on and pushes back through to bloom in due time. They don't even have a deep root system in which to depend on! It's funny, if you think about it. They thrive in a little dirt and dust between the cracks, adding softness and beauty to the rough landscape around them. They are quite determined to flourish, even in the most difficult of circumstances.

I think there's a lot of really good lessons in all that, don't you?

By the way, I have a bare wall in my new library room that needs some pictures. I wanted to have "just the right" photos from my travels to put on that wall, but...I'm thinking it's not always about hanging the perfect photo on the wall. Sometimes, it's a good idea to display perfect reminders about the importance of finding the beauty in life and learning to have "just the right" attitude about your circumstances, along with a good amount of determination and motivation to thrive. 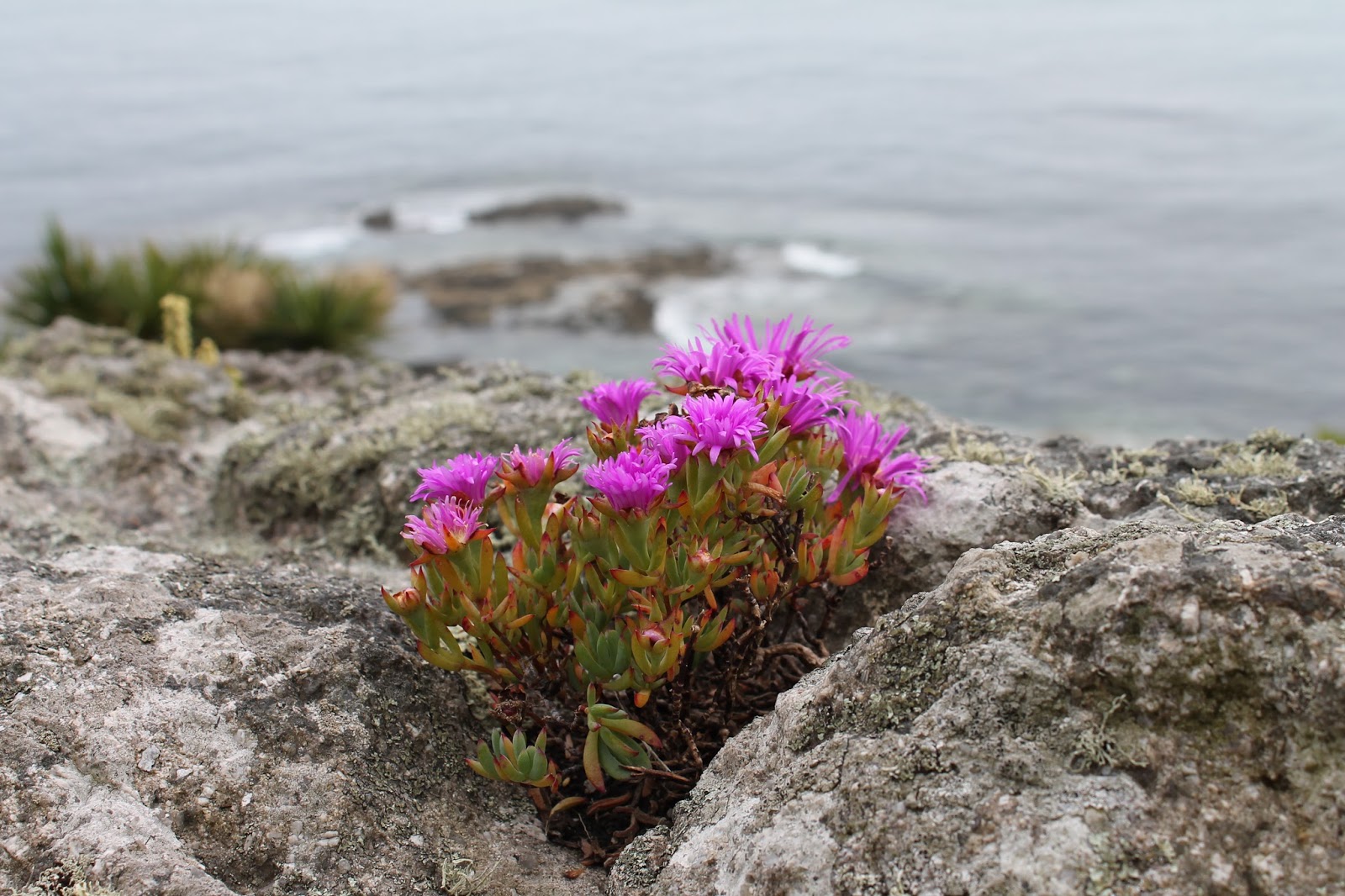 Posted by bornbibliophile at 1:20 AM