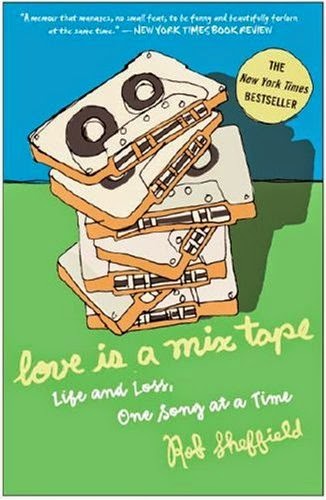 I stumbled across Rob Sheffield's book, Love is a Mix Tape: Life and Loss, One Song at a Time, when I was browsing for books on my Kindle late one night. The title alone attracted me, not so much the 'life and loss' part (as I worried it would be a sad book, and I wasn't looking for sad in the late night hour), but the mention of a mix tape and love. In other words, love and music.

I won't be giving anything away by telling you, just as previewing the book told me, that Rob Sheffield's first love died, but WAIT! This is not some sad, depressing story about grief. No. In fact, I'd say it is a celebration of life and an acknowledgment of how much music adds to that celebration. This book completely subscribes to Dick Clark's words about music being the soundtrack of our lives.

I should mention here that Rob Sheffield has been a columnist for Rolling Stone since 1997, where he writes about music and television and pop culture. Needless to say, he knows his stuff. He has also worked as a DJ, along with a few other odd jobs here and there, and can been seen on VH1 from time to time. But it isn't his "expertise" that makes this book so enjoyable. No, it's his honest, candid humor about his own life - which, sometimes, includes his self-proclaimed poor music choices of the past or failure to see greatness in songs others noticed first. 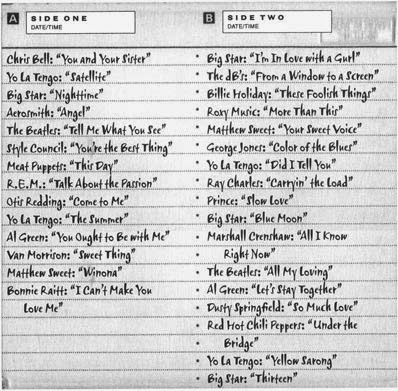 Each chapter of the book begins with a picture of a song list, handwritten on the case cover of a cassette tape, along with the month and year. He weaves the songs, and what they meant during that time, into the chapter. By the way, we're not talking about a bunch of sappy love songs here, although there may be some sprinkled along the way. We're talking about music that surrounded his life at the time, what he associated with it, and the girl he shared it with.

It's difficult to explain what I mean if you're not a true music lover. It's hard to explain how every song that reminds you of someone doesn't have to be a "romantic love song" or...even be about love at all. Maybe,...it's the song that was playing the first time you saw the person. Or, perhaps, it was the one annoying song that person loved that you hated every time the first note played. Other times, it may be a song you hear when you are no longer in the relationship, but they are the first person that comes to your mind because it's the kind of song you know they would love. You imagine them enjoying it, singing along with it in the car, beating their hand against the steering wheel in time to the music or playing 'air drums' at a stop light.

Music lovers know what I mean.

Rob Sheffield knows what I mean, too, which is why I enjoyed his book. It is his story about his love of music, his love for one girl, and the big part music played in their love. You see, she understood his language. She was a music lover, too. Don't misunderstand me, I'm not saying their relationship was a fairy tale. No, it was better than that. It was a musical. 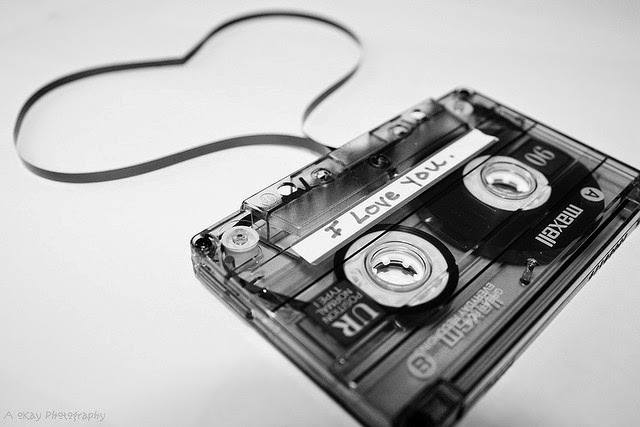 Posted by bornbibliophile at 6:03 AM