I'm in love with a voice.

The voice is, of course, attached to a man.

And, yes, I acknowledge the man is married to someone else (as am I), but...

I had never heard Neil Gaiman tell a story until I saw him in person a couple of weeks ago. I had heard him speak before, yes, and I had seen him interviewed. And as much as I enjoyed the evening I spent with him, hearing him weave his tales to a sold-out audience, I admired him, but I did not love him...

I will admit I became completely infatuated with him, some time ago, over The Ocean at the End of the Lane. It ranks as one of my all time favorite stories. The story left me in awe and wonder at how he could create such a fabulous story in such a small book  It was, undoubtedly, his beautiful brain that first attracted me, but - even then - I knew it was not love...

I know what you're thinking: Perhaps, it's his English dialect? No, I've been to England and, while I adore English accents, I do not fall at the feet of Englishmen by the mere sound of their voices. It's more than that. Much more.

So,...when did it become love? 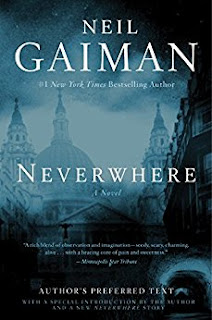 I took the advice of a friend, after seeing Neil in person, and decided to listen to the author read his own books on Audible. If you've never heard Neil Gaiman whisper sweet stories of dark madness in your ears, you have no idea what you're missing. I knew the man was a genius writer and a fabulous storyteller, but to enjoy the cadence of his voice in the privacy of your own mind is much more...intimate. He tells stories the way stories are meant to be told.

I am currently listening to Neverwhere. Yesterday, I became so enveloped in the story, I felt I was walking down a rainy sidewalk in London with Richard, the main character, instead of a sunny Texas park near my home. Neil's voice had me completely wrapped up in the tale, and I almost fell off the park's sidewalk with fright when another walker passed me. She was very apologetic and couldn't believe I didn't see her there. Of course I didn't see her there - I was in London!

In fact, I'm headed back to London now. Neil's waiting for me, you know. And there's no stopping a girl in love. 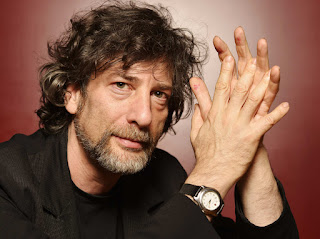 Posted by bornbibliophile at 11:49 AM

Email ThisBlogThis!Share to TwitterShare to FacebookShare to Pinterest
Labels: Audible, audiobooks, books, Neil Gaiman, Neverwhere, The Ocean at the End of the Lane