My life has been in a chaotic state lately, which is why I haven't posted. I went from peacefully living in the same home I've loved for two decades...to suddenly selling my precious home (which contains my most beloved library room) and trying to find a new house. All the changes are for the better,...just unexpected and rushed. All is well, though, except for my nerves, my frustration level, and my half emptied home where I can't seem to find anything. And, to make matters even worse, half of my library is already packed up...somewhere. I wasn't at home when it was packed, so I have no idea where anything is. Arrrrrgh!

Okay, enough of my personal drama. Let's move on to some fabulous book drama! 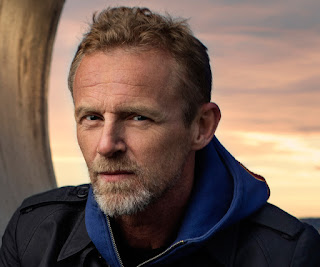 Jo Nesbo! Do you know Jo?! He is the talented writer of the Inspector Harry Hole Series. But I didn't know it was a series when I read The Snowman (which is #7). It didn't hurt the story that I read it out of order because each novel is a different case for the inspector, but I wish I'd started at the first. I also didn't know it was a current movie when I read it. After I read it, though, it made me want to read all of them. I now own the first three in the series and have almost finished the first novel, The Bat, and - while it's not as scary or as intense as The Snowman - it's just as well-written and intriguing.

The Snowman gave me the creeps in a good way. In other words, this genre is not really my typical read, but I was drawn into the mystery and horror of it all. Nesbo is a good author who writes Harry as a very flawed, but likeable, character. This novel is about Harry tracking down a serial killer who only kills certain types of women in horrific kinds of ways. I didn't want to put it down, buuuut...if I was home alone and it was dark outside? I didn't read it, if you know what I mean. 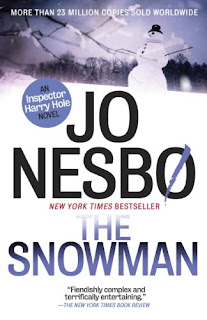 After I read the book, I decided to watch the movie. I was actually curious how they were going to re-create some of the scenes in the book. To say I was disappointed would be a huge understatement. I approved of the actor choices they made for the characters, no complaints there, but they changed an important element of the story and completely changed the ending...and not for the better. Those scenes I wanted to see played out? They didn't do them. At all. I was very disappointed, and I told my husband (who only saw the movie) that the movie was definitely not the book story. He had heard me go on and on about it, and he wasn't impressed with the movie. It was just...okay.

Yes, I know, I know,...the book is always better than the movie, but this movie just left too much out that would've helped the audience understand what was really going on. The web the author wove so perfectly, in writing, was no longer in tact in the movie. So, as usual, please don't judge the book by the movie. In fact, don't see the movie at all. Just read the book. 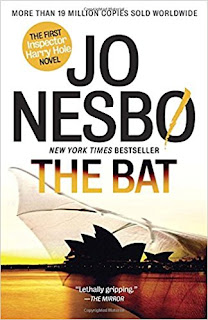 As I said before, I'm almost done with The Bat, and I can't wait to read Cockroaches, Book #2,...if I can ever find which box it's stored in. And I hope to one day meet Mr. Nesbo and shake his hand. I'm not easily creeped out, and it is a testament to his writing skills that he was able to pull me into a genre I've previously snubbed, for the most part. I think my previous experiences must have been with writers of a lesser caliber. Mr. Nesbo's writing suits me well. And, after reading the first in this series, I trust I will enjoy all the books between the first and the seventh. :)

(And please forgive any errors in this post. I'm doing this 'on the fly' in the midst of moving turmoil.)

Posted by bornbibliophile at 10:35 AM