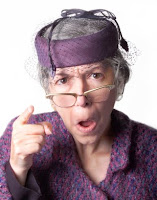 Rude people annoy me. I mean, really, it says a great deal about a person who can't give a review of a book without spoiling it for the rest of us. Geez...

Fortunately, for me, I'm careful when I choose to read book reviews before reading a book. Very careful. Too often these days, reviewers don't give "spoiler alerts," which is the common and decent thing to do. When I see those words, I know not to read the review if I'm going to read the book. I won't read a book at all if I know too much.

If someone reads a book and doesn't like it, there's a way to say why they didn't like it without giving anything away. It isn't difficult. This is why I know it's done intentionally when some 'knucklehead' goes out of their way to spoil an entire book in one paragraph. And you have to wonder,...what kind of person, who is a true lover of books and reading, would ever do that? They wouldn't. They simply...wouldn't.

Why am I particularly perturbed about this at the moment? I just finished a book that was "meh," but fun (which I'll tell you about shortly). I went on to Goodreads to log that I'd finished it and decided to post my review. It was short and sweet and, I felt,...right on target. It would let people know if they might be interested, or not, based on my comparison to something else. I gave it three stars and here's what I posted:


"Ridiculously unrealistic, but I enjoyed the ride. It's a 'Blue Lagoon' for grown-ups."

After I posted, I decided to scroll down and see what others had said. One review summed up the entire novel in one, small paragraph and gave away everything. Rude! I couldn't believe it! You know, just because one reader doesn't like a book, it doesn't give them the right to spoil it for other readers by purposely telling the end. What a...#$!@#&^?!

There's no excuse for people like that. None. And there's no place for them in a booklovers' community.

The book I posted about was Wreckage by Emily Bleeker. This was Bleeker's debut novel in 2015. I actually read her most recent work first (When I'm Gone), and I decided to go back and read this one. I have a soft-spot for debut novels. I like to give new writers a place at the table with old favorites and classics.

I stand by the brief review I gave on Goodreads, though I'm aware some readers may not be old enough to remember the 1980 movie, "Blue Lagoon," with Brooke Shields and Christopher Atkins. It was one of those movies where you enjoyed looking at the beautiful people and the beautiful paradise island they were stranded on, but you knew it wasn't a great movie. It had a certain charm, though, even in it's completely unrealistic context.

I liked the characters in Wreckage and, while I shook my head in a few places, I was smiling. There is something that rings true beneath the struggles the characters go through. They have more layers to them than the characters in "Blue Lagoon." I'm empathetic to their internal conflicts, and their need for survival is realistic. Bleeker also shows a talent for writing some good banter between the characters at lighter moments in the novel. I read one review that said "with a little spit and polish" it could've been a better novel. I'll agree with that, but when you add in this was Bleekers first attempt? I say, "Let's give her three cheers for her first novel! You go, girl!"

And, since I already read her second one, I can assure you she's learning and improving as a writer, though both her books have reminded me of movies.

And, without knowing it, I just realized something...

I've used both Bleekers' novels as 'tweeners' - the type of book I reach for when I've been reading heavy-content historical fictions and non-fictions for awhile and need a break. It means they're novels I can read quickly and just enjoy in the moment. My brain won't insist on additional research while I'm reading. I guess you could say, 'tweeners' are my brains equivalent to what television-watchers do when they sit down to watch something that doesn't require a lot of concentration to get the meaning of a show or a movie. Easy to figure out and pleasant enough to indulge in from time to time.

And there's nothing wrong with that. :)

Posted by bornbibliophile at 5:52 AM